Many people have encountered the following problem:

When press the power button to boot a desktop or laptop, Windows struck on boot screen and reports alerting message:

Are you looking for a method to fix the problem? The reasons for this problem are various. This article will introduce all possible causes and solutions for this issue.

In general, PC stops at boot up screen and asks to enter BIOS setup because it considers that there is something wrong with the BIOS settings or battery has run down.

Below are common reasons that may lead your PC to be stuck on boot screen and shows press F2 to enter setup:

1. The battery on motherboard has run down 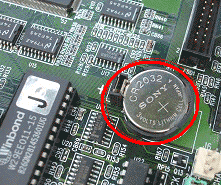 Step2. Insert a new battery on the motherboard.

Step3. Turn on computer and press F2 to enter setup.

Step4. After entering BIOS setup, you can reset the CMOS values to defaults by select "Standard CMOS Features" > "Load Fail-Safe Defaults". Then, save all settings and exit (usually press F10 to save and exit on most of computers). 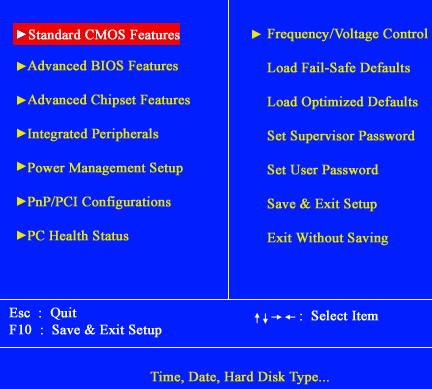 Step5. Reboot your computer and it will no longer report the message.

For this problem, you just need to set the Drive A as None following the guide below: 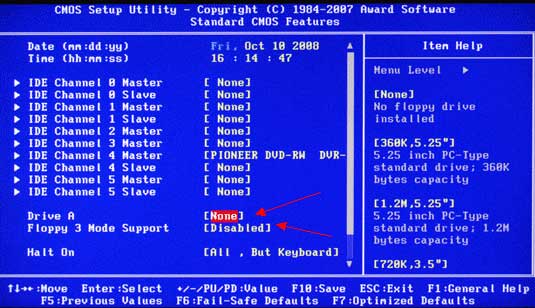 Tip: If there is Drive B shown there, please also set Drive B as None. 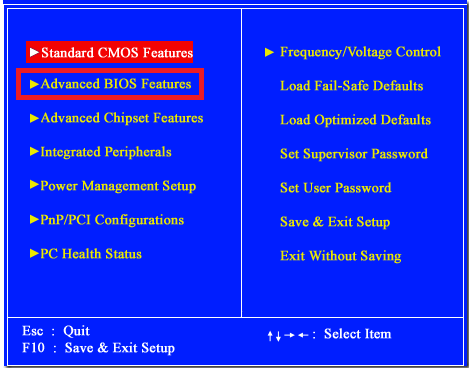 Step5. Save the BIOS settings and exit.

3. Remove a hard disk from computer, but BIOS settings do not change

Step2. Set to auto detect all hard disk drives on your computer. 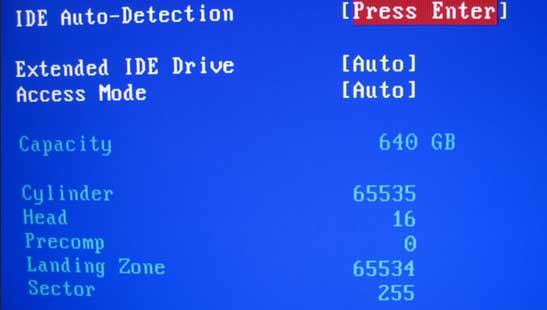 4. CPU clock rate changed or it has memory problem

If problem results from the change or CPU clock rate or memory problem, you just need to replace the computer memory and reset the CMOS values to defaults to resolve the issue.

5. You insert a removable storage to computer

PC sometimes asks to press F2 to enter BIOS setup when you start your computer with a USB flash drive or external HDD to it. This issue occurs because on BIOS setup, Boot Device Priority sets to boot from USB flash drive by defaults. However, there is no boot device on USB drive.

The easiest way to resolve this problem is to remove the removable storage such as USB thumb drive or portable hard drive and reboot your computer. Or you can set to boot Windows from hard drive by defaults.

How to Disable Press F2 to Continue When Booting

Generally speaking, system prompts the message because it cannot find boot device. You have to enter BIOS settings to reset the improper settings. Therefore, there is no other way to disable PC to show the error message but to open BIOS configuration to change the settings so that your computer can boot normally.

Press F2 to Enter Setup Does Not Work

Windows alerts that you have to enter setup by pressing F2 but the problem is that it does not work after pressing the button? Or you want to enter BIOS setups to change some settings, but F2 does not work? Here are some possible reasons:

1. You should press F2 once booting your computer. If you press the button too late, you may be unable to enter the setup.

3. The F2 button on the keyboard is damaged. If so, you need to repair the laptop keyboard or change a keyboard.

5. BIOS has problems. Many famous motherboard manufacturers provide special set procedures, for their own produces upgrading BIOS. Therefore, you can update BIOS for the problem.

6. You have selected too many startup items. For this problem, you can click "Start" > "Run" > type "msconfig" > unselect all startup items you wish to stop

7. There are too many fragments on system partition. You can right click system partition and select "Properties" > click "Defragment Now" button under "Tools" tab > analyze and defragment files

For different computers, the methods to access BIOS setup are different. It usually depends on the manufactures of motherboard for your computer.

Below are methods to enter BIOS setup on various brands of computers: