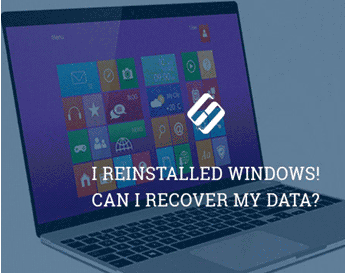 During daily use of computer, you may often delete some unimportant files to free up disk space so as to save new data. However, sometimes you may reinstall Windows OS, after which you find that some important data especially the data stored on C drive got lost after system reinstalling because most people would like to install operating system on C drive.

Usually, you may reinstall Windows in following situations:

iCare Data Recovery is a Windows data recovery program, which is able to work on Windows XP, Vista, 7, 8 and 10 to recover data from hard disk drive after reinstalling Windows system.

Download iCare Data Recovery >> to recover videos, music, photos, documents, etc from any drive when data was lost due to system reinstalling.

No matter the files got lost from C drive or other volume on your computer due system reinstalling, you are able to restore all lost data with iCare Data Recovery. This software works on Windows XP, Vista, 7, 8 and 10 for data restoring from any storage media in all data loss situations. Follow this tutorial to recover files lost due to system reinstalling within 3 steps:

Step2. Select the drive where data got lost and then wait the software to search lost files.

Step3. Preview files and then select the files you need and save them to another volume.

How to Reinstall System without Data Loss? 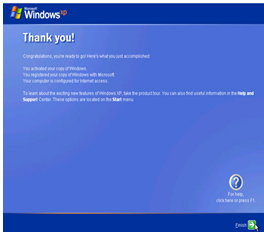 If you select to format and install Windows XP, it would format the disk partition and erase all data. Therefore, you had better make a backup in advance before system reinstalling. Otherwise, you would lose all files after formatting and reinstalling system. 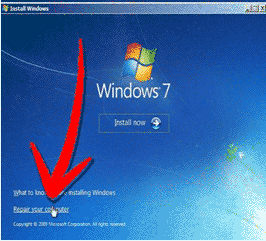 Compared to Windows 7, Windows 8 and 10 have different user-interface. Since the release of Windows 10, Microsoft Corporation provides free solution for Windows 7 / 8 users to upgrade their OS to Windows 10 without touching any original data. If you need to reinstall Windows 10 due to any reason, you still need to backup data before reinstalling in case of data loss.

The Bottom Line for File Recovery after Reinstall Windows OS

In general, when you reinstall any Windows, it would erase data on the system partition. If you do not format other volumes on the same disk, data stored on other partitions would not be deleted by system reinstalling. However, sometimes some data gets lost due to system installing failure or other similar reasons. iCare Data Recovery enables you to recover any file from Windows XP, Vista, 7, 8, 10 as long as the lost data has not been overwritten by new data. Therefore, you should stoop all further operations when you realize the data loss after reinstalling Windows OS.