How to Recover iPhone SE from Internal Memory With No Backups

How to recover deleted pictures and videos from recently deleted album in iPhne SE? 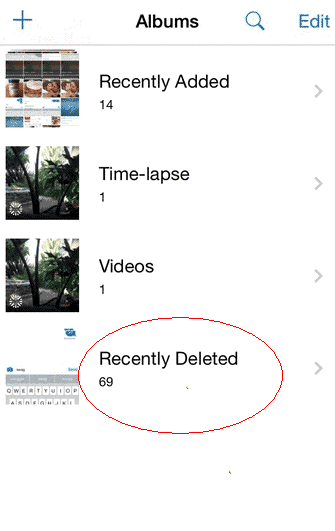 1. Recovering deleted photos and videos from Recently Deleted album is only available for iOS devices that run iOS 8 and later version.
2. You can only recover photos and videos which were deleted within 30 days. You are not able to recover other types of files like emails, text messages, contacts, etc from the Recently Deleted Album.
If you need to recover other types of files after deleting from iPhone SE internal memory, this article will share solution later.

In addition to physical damage, your iPhone SE might suffer other issue and stop working normally. For example,

When you are unable to read data from a corrupted iPhone SE without any backup, you can use data recovery for iPhone to deep scan the device so as to search all inaccessible data. If you deleted iCloud backup or iTunes backup by mistake, you can also rely on this software to scan iCloud or iTunes to restore lost backup data.